Skip links
— We interrupt this blog with an entry from fellow intern, Karen. — 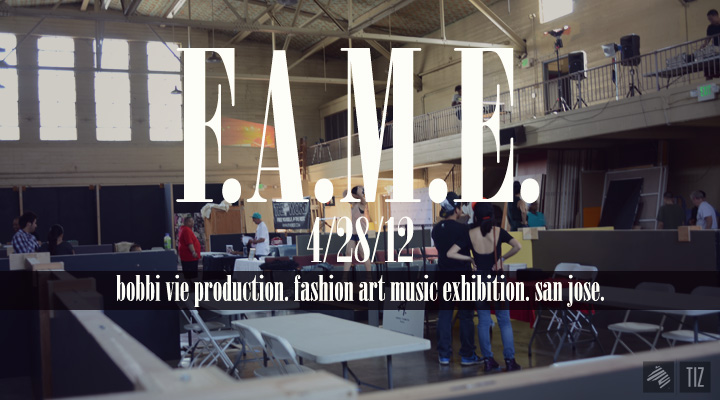 Last Saturday was Bobbi Vie’s bi-annual F.A.M.E. event. With Benson away on his month long trip to Asia, it was the interns turn to take on F.A.M.E. on our own. Actually, it was our first event on our own, period.
The team arrived in San Jose around 0230PM to check in and start setting up our booth. The event was starting at 0600PM, so we had plenty of time to figure out how we wanted to arrange everything. 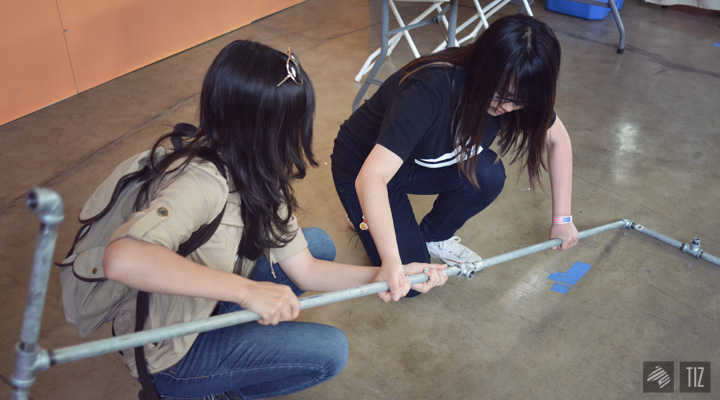 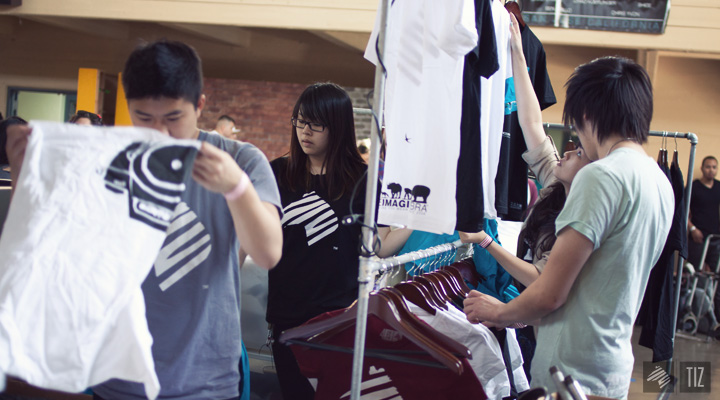 We also had some extra help from our buddies Adrian and Will. 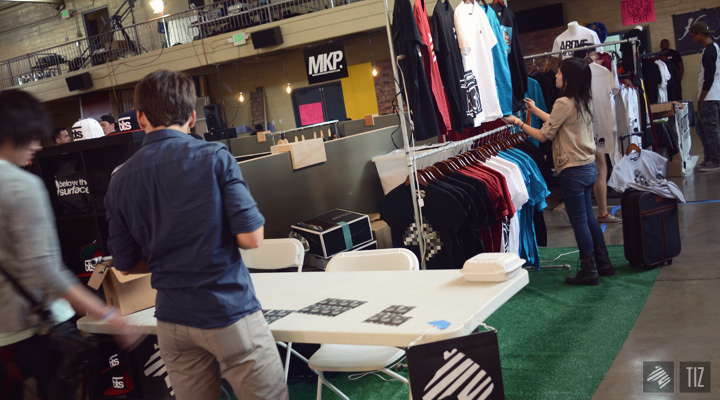 Adrian, Taylor and Will adding some finishing touches to our display.
Around 0500PM, people started lining up for the event. 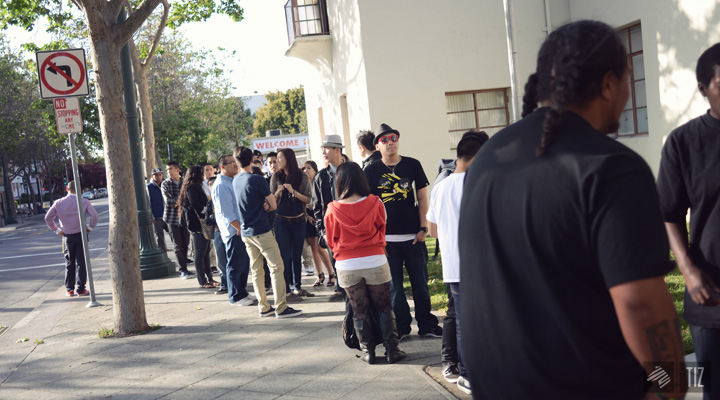 Around 0600PM, Eden and I went to go pay for parking. We parked in the parking lot across the street and it had the strangest hours for when you needed to pay. Parking was free before 0600PM, but we had to pay after 0600PM. The process was also not a smooth one with the machine being temperamental. I think the line to pay for parking was even longer than the line going into F.A.M.E. since the machine went through cycles of not wanting to take our cash, freezing up when someone inserted a credit card and even restarted on us a few times. The frustration became a nice bonding moment amongst the people in line though! 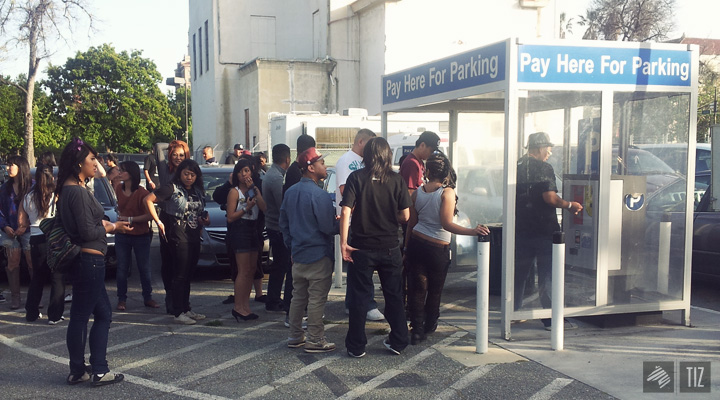 Once the doors were open to the public, the venue filled up with people quick. 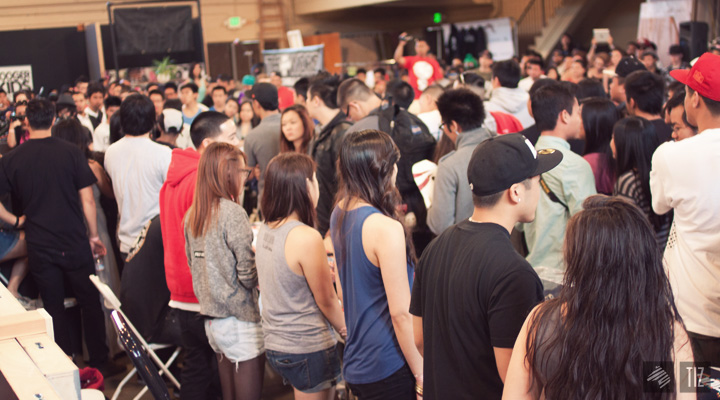 Check out the sea of people!
Before things got busy, the interns took turns checking out the food trucks available outside for a quick bite to eat. I ended up getting the menchi burger from Saruno Burger. 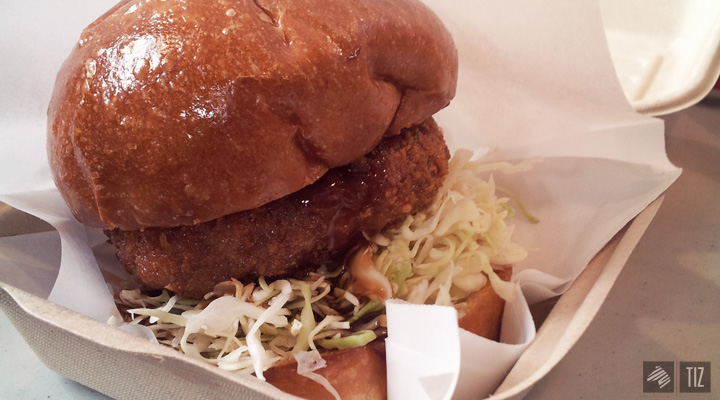 It was amazingly delicious!
The event itself was very lively. The music was blasting non-stop. There were many different brands present, booths selling random things from iPhone cases to bow ties, from cake pops to paintings. There was even a nail shop, a tattoo artist and a vintage shop. Entertainment consisted of a fashion show and dance cyphers. 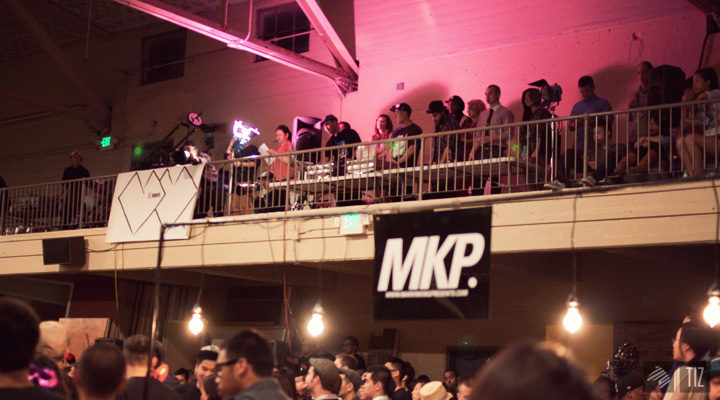 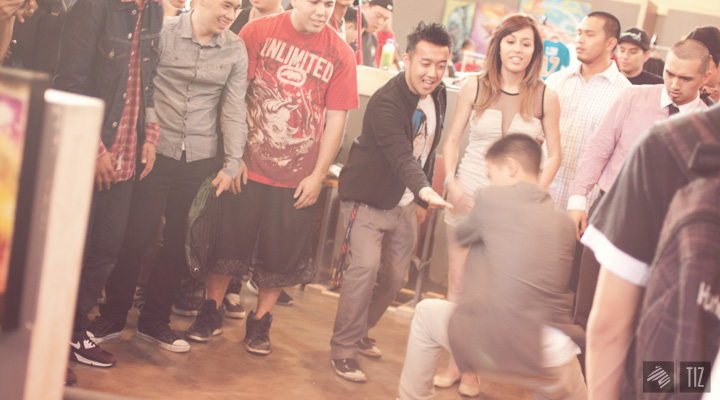 Though there was no dress code, there was a masquerade theme for the event that several people participated in. Person with the best mask won $100. 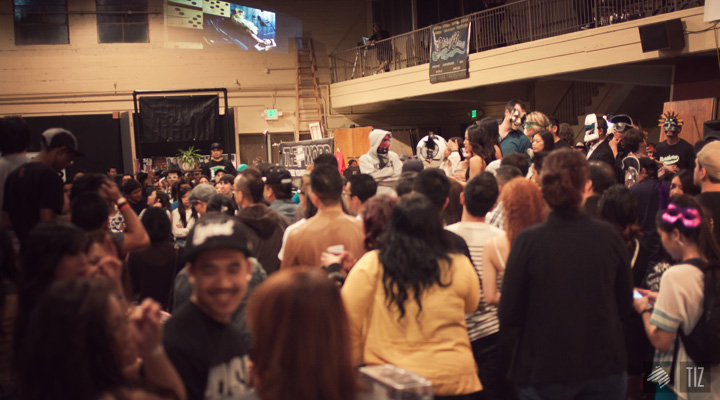 Other random photos throughout the night: 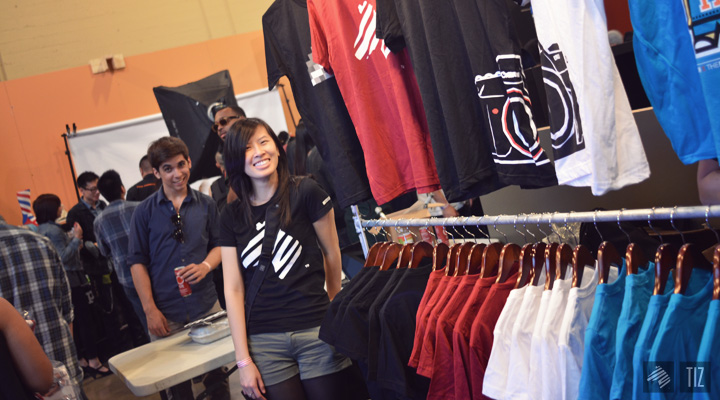 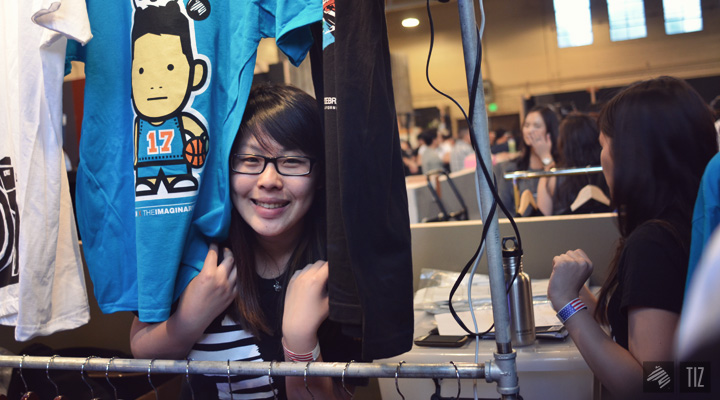 Taking breaks for some photos! 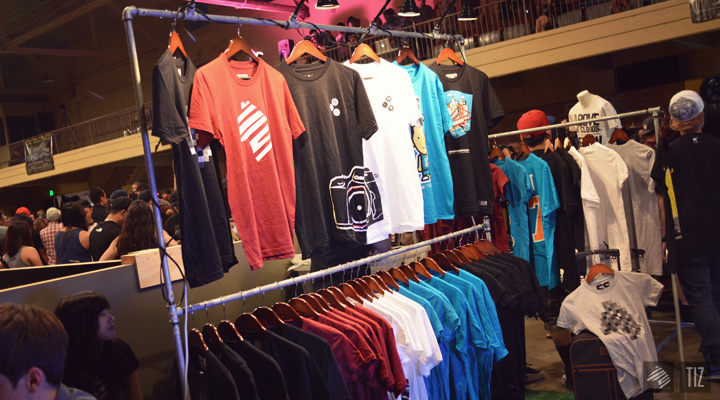 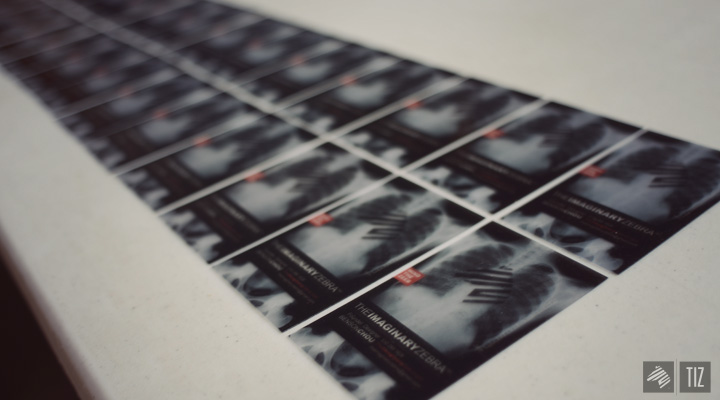 There were several staff members walking around handing out free IZZE drinks. 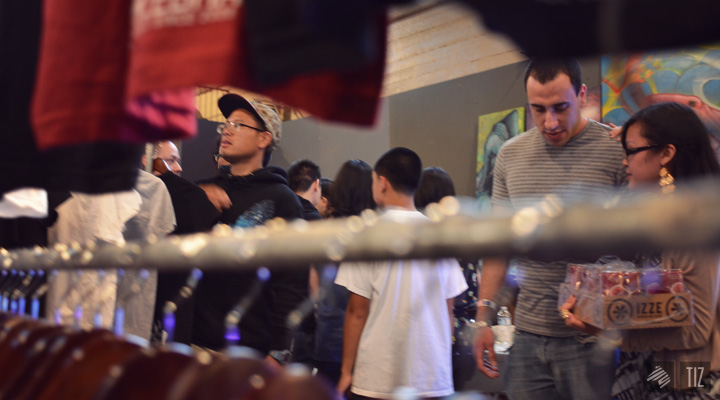 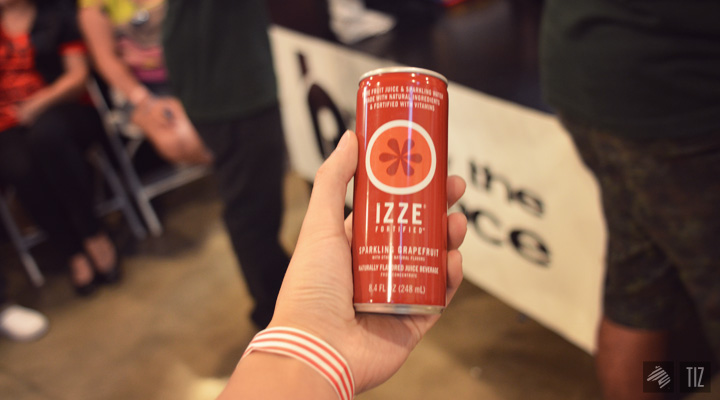 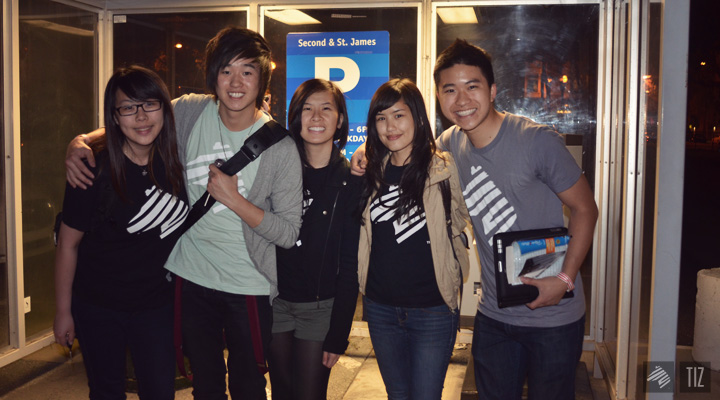